A pleasant surprise to be had in the vicinity of the Adelphi. By Angie Sammons

It is stitched between a McDonald’s, Smoky MO’s and myriad karaoke bars, with a name that sounds like a perfect fit in an unholy tapestry of misfits.

Peering out of the handsome, floor to ceiling plate glass windows of Shiraz Palace, the vista is, by turns, one of malady and majesty. The beggars with empty eyes and sallow skin, to be stumbled and mumbled over by others bearing whisky tans, souls imperiled by lifetimes of bottled demons.

From the stained pavements, pockmarked with Wrigleys, the only way is up, so rest your eyes upon the grandeur of the Adelphi facade and across to a dabbing Dickie Lewis. One overshadows, one overhangs. Each retaining its own special… charms.

Posh Palace could well be the catalyst that drags this beleaguered, CPO-threatened corner of the city centre up

Shiraz Palace is not the shameless go-to for those with red wine lips, but it is a go-to. Named after the old Persian city, it is the latest starship enterprise from the same people who own Liverpool’s set of cheery Shiraz cafes. They may have started out as a bacon butty stop and a good place for a no frills omelette or burger, but now they have stuck their necks out with this: bigger, grander, over two floors, their palace.

Once you navigate beyond the incongruous, wooden Fred Flintstone outdoor terracing - and, as discussed, you really might prefer to be inside - exotic lands await. Ancient Egyptians, in frieze frame, march forever over the open, charcoal grill kitchen. Bamboo branches festoon the cavernous room’s 30ft supporting pillar. Mock Moorish arches contain huge pictures of Moroccan souks and Petra’s Rose City. Strings of pink lights rain down from the heavens.

Meanwhile, Kalisha, who greets us and admirably puts up with us for the rest of the evening, gives every impression of having just stepped from a James Bond film. Perhaps one day she will.

And who knows: Posh Palace could well be the catalyst that drags this beleaguered, CPO-threatened corner of the city centre up.

It still does the breakfasts, the burgers and the baps, but we are here to see what it can do with that impressive barbecue. Plenty, it turns out.

Lots of hot and cold mezes and salads mean you can do the small plate thing. But there are lots of big main courses, too. Obviously, much of it involves meat and fish, however  vegetarians can look forward to much more than lump of halloumi (although there is that if you like) with a big range of dishes to discover.

There are frills, like an extensive cocktail menu and wine list - all remarkably good value and bound to attract the student pound. And right now, they don't even insist that when you sit down, you eat, so in fact, you can do what the hell you like. Every hour is, at least figuratively, happy hour.

Service and ambience hit the mark, and happily the food does too. It’s all bang on, beginning with the delicious, juicy prawns, mushrooms and green capiscum in lots of garlicky butter (£4.80).

A trio of chicken wings (£4.80), are smoky, spicy and not enough for two. Demolished in minutes, they are a testimony to why you should never again spark up the barbie at home. Let these chaps handle it, you have got better things to do.

Prices at the Palace are a little higher, they say, than in the cafes. Glamour costs. But really, it’s hard to wince when a decent bottle of rich Shiraz weighs in at fifteen quid, and a hefty, chilled 250ml glass of sauvignon blanc is just £3.80. Cheers.

It’s just the thing to chase down a fat, top drawer seabass (£12.80). Delivered straight from the searing coals, it is as sparkling as the sea, accompanied by a colourful, crispy Mediterranean salad, charred tomatoes and peppers. An inoffensive tomato based “Shiraz special sauce” and a garlic yoghurt one perch ready to be poured, but this fish needs no adornment other than a squeeze of lemon.

The same two relishes are served with most things,  it turns out, including Ali Nazik (£10.80), chargrilled nuggets of Iamb, tender and sweet (which is harder to achieve than it looks) all served on a bed of lovely smoked aubergine.

Tiers of flint-thin filo pastry, filled with nuts and covered in honey, and flanked by scoops of ice cream, make for a generous, soggy and toothsome baklava (£3.80). Just the thing to pair with a powerful espresso.

Alas, and perhaps carried away by the pleasant surprise of all this, we salute the evening with something called a Shiraz Coffee (£5) which, in terms of packing a punch, might have been called a Glasgow Kiss.

It is some sort of Satanic concoction containing a favourite Mediterranean spirit called raki, which, I subsequently discover, is a brandy flavoured with anise. For “subsequently”, read several days later when the headache still hadn’t gone away.

In every sense it was all going so well - until we stepped outside. 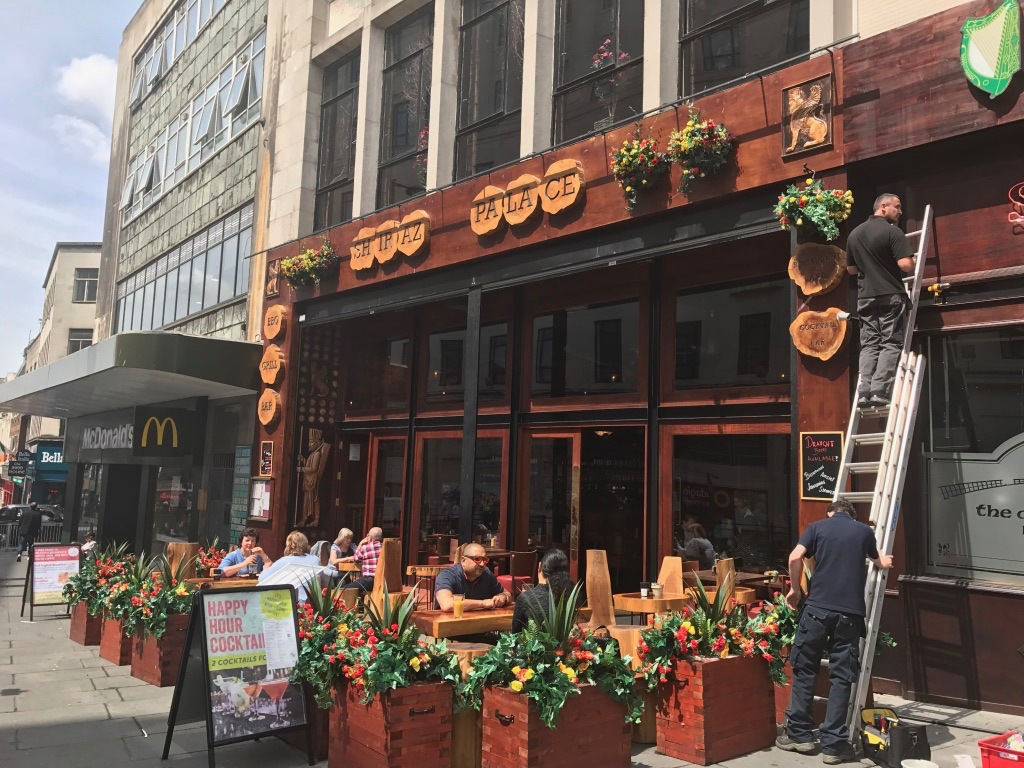 On this basis, the scores represent... How did the North do in this year's Michelin awards?
● / Latest Reviews