THERE might be thousands of restaurants across the Liverpool City Region, but just 15 have made it in to the latest edition of The Good Food Guide.

A Waitrose production, the GFG adds gravitas to the high end supermarket brand name, a UK-wide almanac of the best eating and drinking venues compiled by a team of anonymous inspectors who can’t be bought.

Each venue is given a score between 1 (capable cooking, but inconsistent) to 10 (perfect dishes, faultless technique) according to extensive scoring guidelines. Reader feedback from the general public is also taken into account.

Fraiche, Marc Wilkinson’s small but almost perfectly formed Michelin-starred outfit in Oxton, unsurprisingly comes out best in the area, scoring 8/10 and making it into the UK top 10.

The rest of the local crop receive fair to middling ratings - as do most of the entries in the GFG - with a 5/10 for Spire and The Art School and, well, you’ll see.

In no particular order, here are the 15 places that the thinking gourmand and the completely clueless might want to head for - and our own independent opinions too.

Good Food Guide says: Head Chef Michael Wong knows a trend when he sees one so beef tartare comes with a smoked mayonnaise and a blanket of earthy, puffed wild rice.

Liverpool Confidential says: The red cabbage was the best ever. That’s across this country, any country that has a few Alps in it and the Austro-Hungarian Empire adding in Prussia and Poland. Let's not mess about here, this is a 10. Only Halle Berry strolling out of his bath would do a better job on Gordo.

Liverpool Confidential says: Swordfish, which 48 hours earlier had been doing the backstroke in the Bay of Bengal, had a texture like impossibly tender pork loin, only with more flavour.

Good Food Guide says: It’s a suburban restaurant that opens four nights a week, serves eight people (12 for Sunday lunch) and where it’s a bugger to get a reservation. Persevere though, for a meal at Fraiche is a highly memorable experience.

Liverpool Confidential says: Marc Wilkinson isn’t better; just very original and striving to stand out. But, dear reader, a set menu for dinner at £65 from this feller is worth walking over hot coals for. 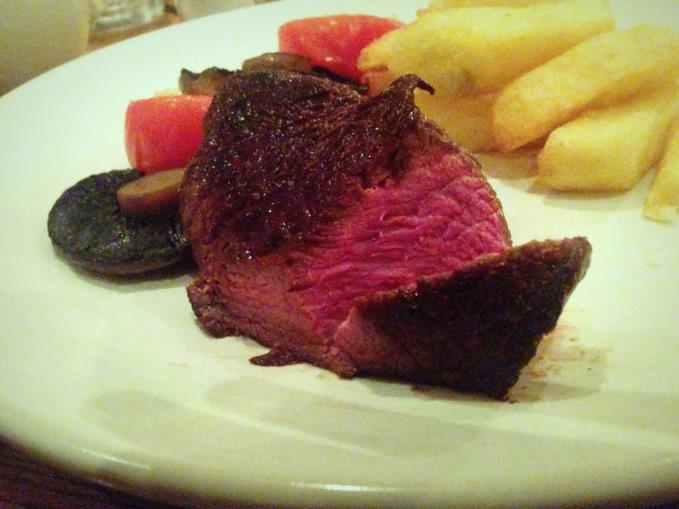 Good Food Guide says: Dishes singled out for special praise include the “delicious”pea soup and the beef faggots. Desserts are fun and imaginative with recent examples including salted caramel fondant with tonka bean ice cream.

Liverpool Confidential says: Plentiful, pink slices of Goosnargh duck were as meaty as you would expect… However, its partner, duck and apple black pudding (pickled red cabbage, duck fat potatoes and a dash of Calvados made up the rest) was the real star. 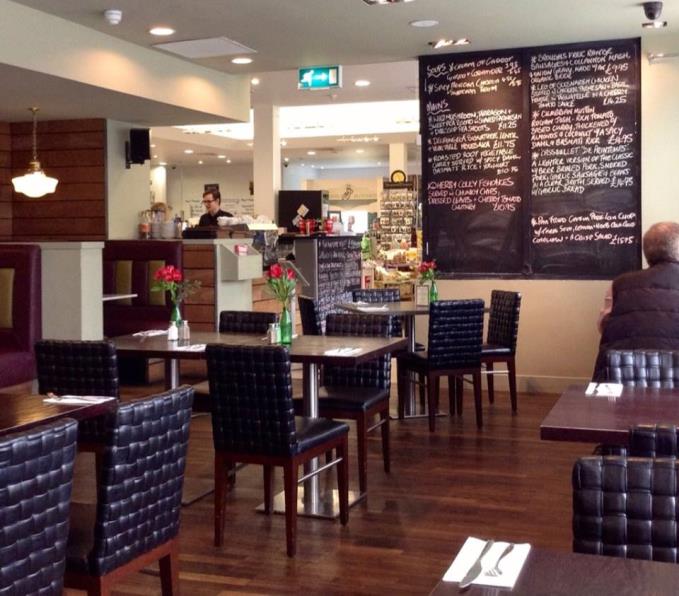 Good Food Guide says: The blackboard offers up a proper pie filled with tender oxtail and cheek, or pan roasted sea bass with tabbouleh or crispy squid, while Sunday roasts are a classic Brit affair.

Liverpool Confidential says: Cumbrian mutton rogan josh with a spicy dahl didn't look great, but was. Not too much heat to trample over the aromatic spices. Cooked long and slow, the mutton was right on the button: melting with big, meaty flavours. 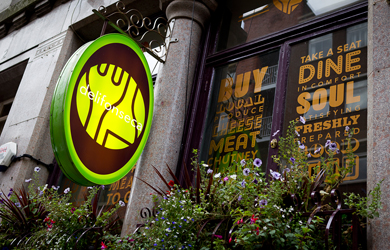 Good Food Guide says: Friendly, knowledgeable and polite staff will guide you through the menu brimming with international flavours.

Liverpool Confidential says: Chicken supreme perched on a construction of velvety Lyonnaise potatoes was executed to near perfection and the Great British Sharing Platter  shows just how well a good glug of Cotes du Rhone can knock slices of Anglesey Butchers rare black beef and Mrs Kirkham's Lancashire cheese into the stratosphere.

Good Food Guide says: Peter and Elaine Kinsella’s cracking tapas restaurant has proved a great concept…Fried Catalan breakfasts, kids deals and suckling pig banquets top up an all day offer that centres on a prodigious array of cured meats, jamons breads and artisan cheeses - over 40 at the last count.

Liverpool Confidential says: Just pronouncing the proliferation of Spanish and Catalan terms and place names made our mouths water in anticipation and slobber in consternation. None more so than esqueixada with its salty consonants and incredibly tangy taste. 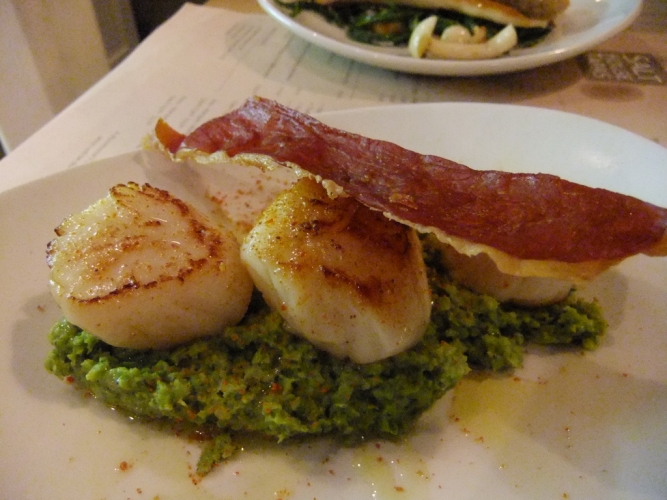 Good Food Guide says: Top notch execution and a generous hand with quality ingredients contribute to the ongoing popularity of this home grown Spanish joint not far from the river. Tapas dishes extend through Spain to the whole Mediterranean basin.

Liverpool Confidential says: Salt House Tapas might not be the Med but it provides warm consolation for all us pasty Liverpudlians, forced to stick it out where the sun don't shine.

Liverpool Confidential says: Our greeter, joint owner Adam Locke beckons you in and makes you feel like you've just sat down in his own house. 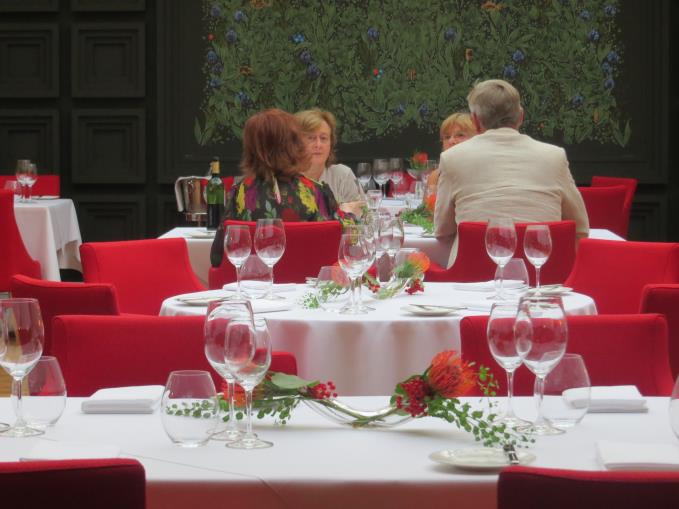 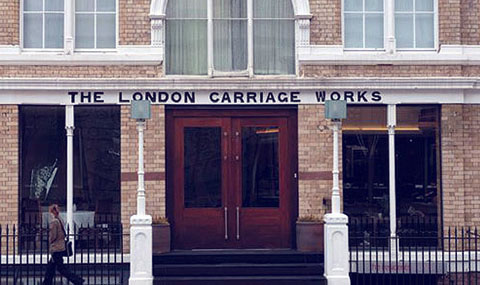 Good Food Guide says: Sea bass is caught by line in Liverpool Bay and served up with crab bisque and Southport shrimp, while desserts are a creative bunch too (rice pudding flavoured with peach and Cassis for example, with walnut granola and a citrus madeleine).

Liverpool Confidential says: A salad of Barkham blue cheese with toasted walnuts, chicory and apple held, in the middle, a beautiful crisp and leafy assemblage. The cheese hit the mark on temperature, texture and creamy taste, and its several partners were as perfectly matched as an arranged marriage in Utah.

Good Food Guide says: David Abe’s sleek and minimalist restaurant is a top spot for Japanese food with the ring of authenticity. Bento boxes are just the job at lunchtime, sea bass, say, with a teriyaki sauce, while the sushi and sashimi continue to impress.

Liverpool Confidential says: Etsu hunkers down, sheltering like a cat in a downpour, among stiff-standing office blocks pixelated by a gloomy film of drizzle. But its surroundings and design are no match for the power of its welcome and cuisine, which are almost cartoonishly vibrant.

Good Food Guide says: The pint-sized, white tiled room feels light and refreshing. Tables are stiffly linened; Staff are just the opposite, all smiles and bonhomie. The drill is modern European bistro food with plenty of Mediterranean sunshine.

Liverpool Confidential says: French bistro fare to its asparagus tips and truffle mayonnaise, Verite’s food is a carnival of colour and texture, even if the flavours are a little muted at times. It’s not flawless but, like the defects in your friends, there’s too much else to like for them to spoil things.

*The Good Food Guide is available to buy at Waitrose priced at £12.99 (RRP £17.99). The guide can also be pre-ordered now at thegoodfoodguide.co.uk