The majority of bars have become weary places. Middling, unremarkable, banal spaces packed full of twinkly lights, confused impedimenta and cleavages like two leather bowling balls squaring up. Too many bars are happy to stay in the middle lane, hang around twelfth place, too many bars are Newcastle United.

The bar's triumph is the thick,
grainy, sorrowful blues, dripping
from the walls like molasses from a jar

Same goes for the cocktail. As soon as Tesco started shifting 70cl of pre-mixed Caribbean Twist Blue Lagoon for £2.50 the game was up. The cocktail had lost its Bond and gained a Barry.

I'd settled down for a life on the ale, hunched in the corner of the Nags Head, developing trench-arse and necking Black Sheep while slowly coming-round to the UKIP mantra.

But the ale train has been derailed.

I’m not usually one for hyperbole, but Berry and Rye on Berry Street, Liverpool, is perhaps the greatest bar in the whole fucking world ever. At least, that I've visited, which is admittedly, perhaps 0.0000001% of the world's bars.

Berry and Rye is the kind of place where, given the means and the stamina, you could lose a month. Block out the sun, punch through the clock, stop the world, step off. 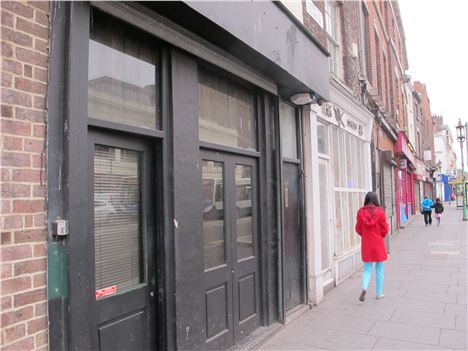 You wouldn’t have the foggiest about any of this standing outside, mind.

Pushing back the curtain (black, naturally) lies a toasty flickering blues cave. A back-alley, Chicago, swill-slinging bar, pushed through the nose of a Wild West whisky saloon. Some may call it a speakeasy - but then we'd have to swallow them with a yawn.

Of course, bare brick, dark leather, knackered wood, thumbed books, exposed piping, candles wedged in old bottles, old adverts, an old piano, an even older fireplace and lights turned so low you'd trip over a midget are now easy wins for operators (this lot should know, they run a number of successful bars in the city including Aloha and Jenny's). The ageing aspect hints at knowledge and maturity.

But the stand apart win is that this bar has the blues. 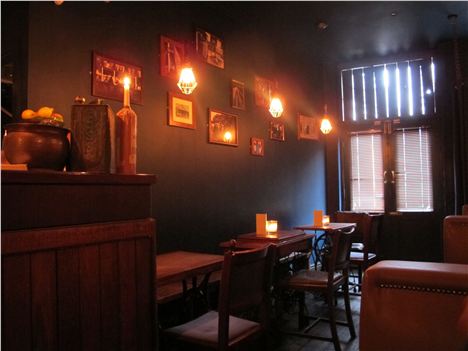 Aside from the staggering whiskey collection, some so obscure and potent they'd have even Mark Twain - a ferocious whisky drinker - reaching for the Berocca come dayrise, the bar's triumph is the thick, grainy, sorrowful blues dripping from the walls like molasses from a jar.

The likes of Robert Johnson, Blind Willie and Muddy Waters are perfect drink-fellows: the slide guitar slides down the ear as the booze sliding down your neck slides you down your chair. We were near recumbent by leaving time.

No queues means the bar remains in chambers. 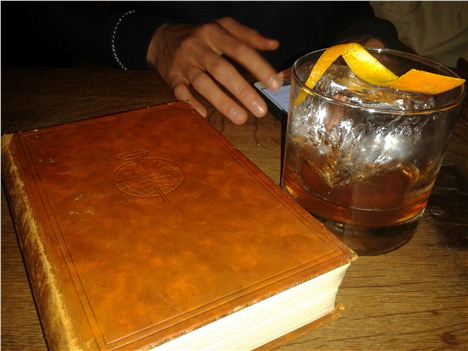 The menu, a hand, the Merchant

The drinks. My oh my. The menu is a work of art, dug-out and buried inside smeared leather-bound encyclopedias. If I've ever doubted the limits of the cocktail (which I have mercilessly) I'll now eat my shoe.

While waiting for my companion - who had to ask 17 locals, four postboxes and a sherpa for directions to find the place - a £3 schooner (2/3 a pint) of Batch 48 beer went down like sun on a bank holiday.

Finally bundling in, a French 75 (£8) nearly had her sprinting back out the door and to the roofs to roar its virtues. Served with Beefeater 24 gin, lemon juice, sugar syrup, spumante and served in a champagne flute, the prim-looking drink actually carried more kick than a donkey in steel-toe Timberlands.

"It's the gin mixed with the fizz," said the barkeep, "It's a strange branch of drink." That'll be why they named it after a French 75mm howitzer. 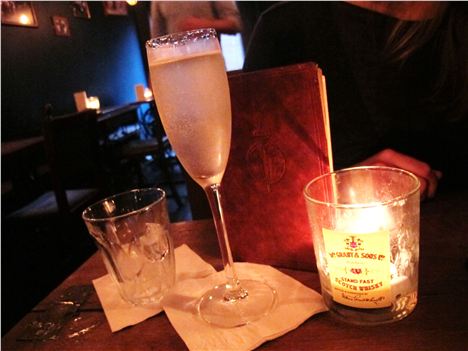 On recommendation from the bartender - who was on-hand, informed and conversant throughout - came The Merchant (£7.50), a piquant, seafaring brandy number served over the iceberg B-15. A combination of Maxime Trijol cognac, El Dorado 15yr rum, Cockburns Ruby Port, syrup and bitters that put at least three extra hairs on my chest. There's seven now.

From then on it was strictly recommendations, including the finest Bloody Mary (£8) my companion "had ever, ever tasted" and a surprisingly thought-out cheese board. Of which I'd explain the intricacies if the soothing squark of the blues harmonica hadn't washed all memory of it.

Finally stumbling out into next week I could be sure of only three things:

1. That this was now my favourite drinking hole.

2. I'd swallowed my watch and we'd lost five days.

3. I was almost definitely a strange branch of pissed.

Rating: 18/20 (please read the scoring system in the box below, venues are rated against the best examples of their kind) 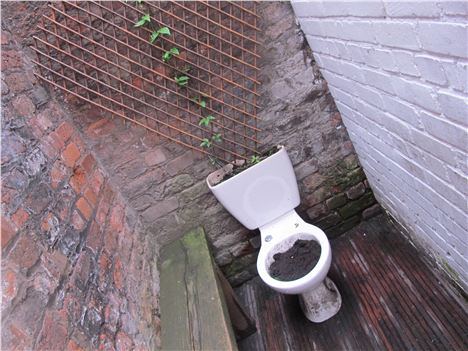 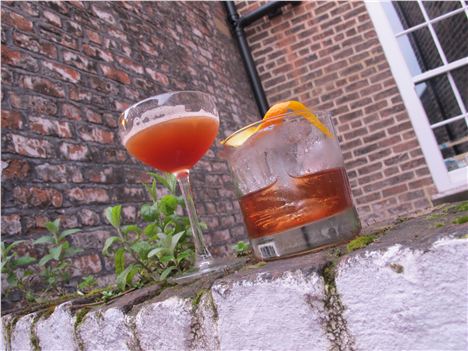 What happens when you mix craft beer with CBD oil?
● / Music