IF THESE nine hip hop shows coming soon to Leeds weren't enough to get excited about, Canadian rapper, constant source of memes, and your-girl-stealer Drake has announced that he's stopping off in Leeds on his upcoming Boy Meets World European tour.

Arguably the biggest artist in the world right now, the Grammy award-winner will be coming to Leeds First Direct Arena on February 8th following a six-night stint at London's O2 Arena, before going on to Manchester, Sheffield and Birmingham.

Drizzy's been making headlines recently both for being the first artist to hit 1 billion streams on Apple Music, and for his sell-out Summer Sixteen US tour which has featured special guests in their respective hometowns.

Eminem surprised fans in Detroit, while Yeezus (Kanye West) himself graced the stage in Chicago, so Chris Moyles and Mel B should be waiting for that hotline to bling any time now... 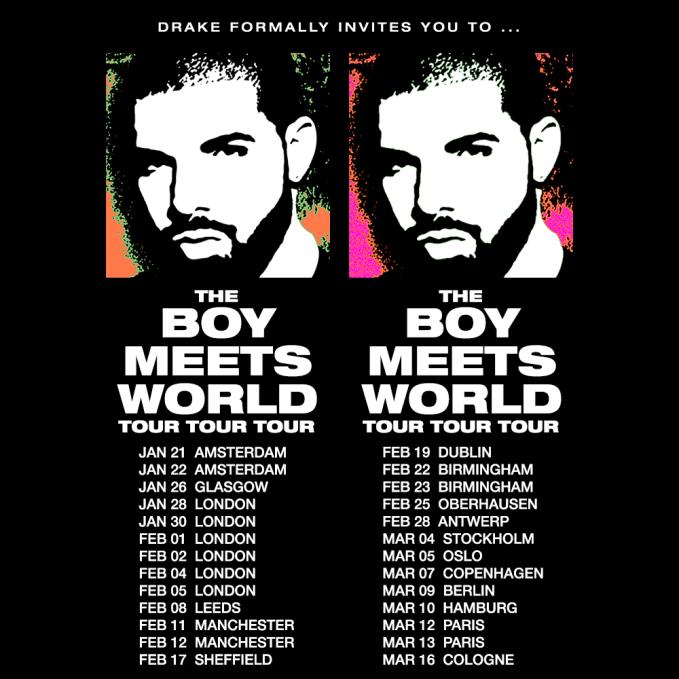 Top things to do in Leeds: February 2020
Read Next
● / Festivals